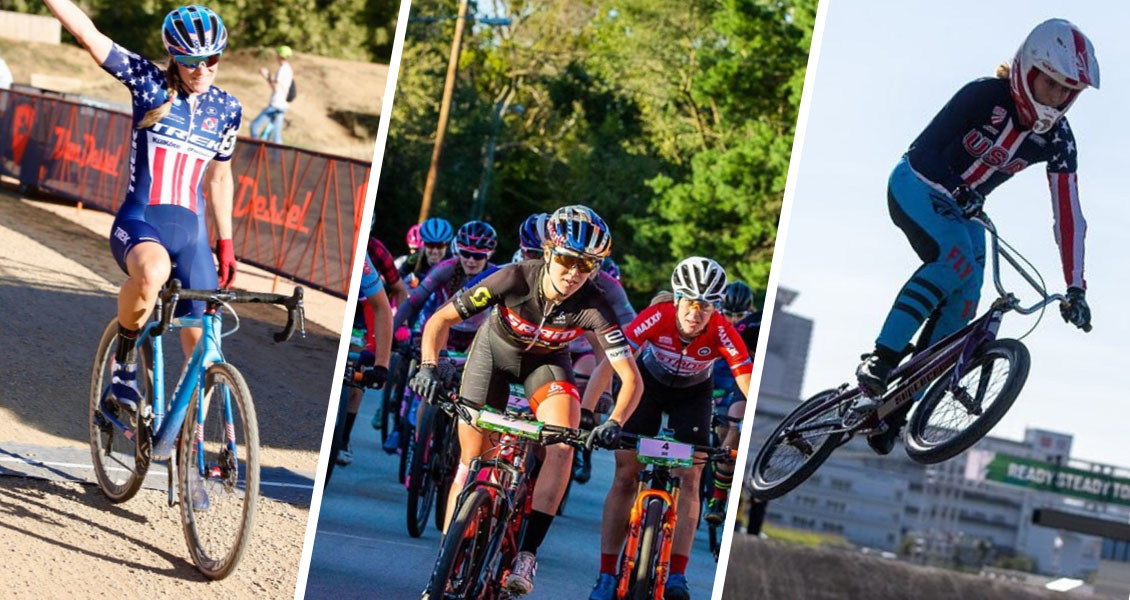 This week has been busy with American masters capture eight world championship titles so far at the 2019 UCI World Masters Track Cycling Championships, cyclocross racers competed at Pro CX events in Baltimore and Boulder, and Alise Willoughby and Felicia Stancil take part in the BMX Racing test event for the Tokyo 2020 Olympics.

Over 75 Americans are competing at the 2019 UCI World Masters Track Cycling Championships, being held this week in the United Kingdom. So far, American riders have secured eight first place, eleven second place, and eight third place finishes in the competition which will run through October 19.

Day two brought another tight battle between Werner and White in the men’s competition. It came down to a sprint finish, but with White taking the win over Werner. Hyde repeated his finish from the day before with another third place. Fahringer doubled-down with another win in the women’s competition. The top three stayed the same from the day before with Williams taking the silver and Nolan with the bronze. In the junior men’s competition, Sheffield and Strohmeyer had a tight finish with Sheffield also doubling up on wins. Strohmeyer finished in second and Serventas in third.

US Open of Cyclocross

This event, and others like it, gives racers a chance to get to know the course before the 2020 Olympics. The women’s elite competition brought success for American racers. World Champion, Alise Willoughby (Chula Vista, Calif.) placed second with National Champion, Felicia Stancil (Indianapolis, Ind.) following close behind placing third.

As a part of the Epic Rides series, this weekend in Bentonville, Arkansas was the Oz Trails Off-Roads race.

Full results can be found here.