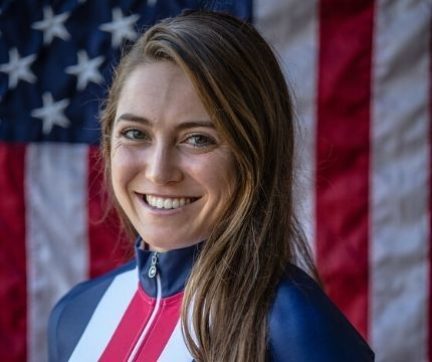 Kate Courtney is a professional mountain bike racer for the Scott-SRAM MTB Racing Team. Kate is the 2019 Elite XCO World Cup Overall Champion, the current Pan American Champion and the 2018 Elite XCO World Champion. Kate was born in 1995 and grew up in Marin County, California at the base of Mount Tamalpais, the birthplace of mountain biking. Kate was introduced to cycling at a young age - riding on the back of a tandem mountain bike with her dad to get pancakes on Sunday mornings. After joining the Branson High School mountain bike team as a Freshman, her interest in the sport escalated quickly. During high school, she competed for the USA National Team and Whole Athlete Development Team in events around the World. In 2012, she became the first American woman to win a UCI Mountain Bike World Cup in the Junior category. When Kate graduated high school in 2013, she continued on to Stanford University and signed her first professional contract with Specialized Bicycles.

In 2017, Kate won four U23 World Cups and earned the U23 Overall World Cup victory as well as her first Elite National Championship Title. In 2018, Kate took on the Cape Epic Stage race together with her teammate Annika Langvad. The pair won seven individual stages and took the Overall team victory which marks the first time an American has won the event.

During the World Cup season, in her first year as an Elite Racer, Kate placed in the top 10 at six World Cups and finished the season in 8th place Overall. The year ended on a high note when Kate came from behind to win the 2018 Elite XC World Championships in Lenzerheide, Switzerland. With this victory, Kate became the first American in 17 years to win an Elite MTB World Championship and only the fourth American woman to do so.

In 2019, Kate had the opportunity to join the Scott-SRAM team and continue to chase big goals with incredible support. As a member of the Scott-SRAM program, Kate had her most successful season yet in 2019. She won three World Cup XC events, two World Cup XCC events and went on to secure the 2019 Overall UCI MTB World Cup Title - becoming the first American to do so in 17 years. With her 5th place at World Championships, Kate also secured her spot as a member of the US Olympic team for Tokyo 2020. 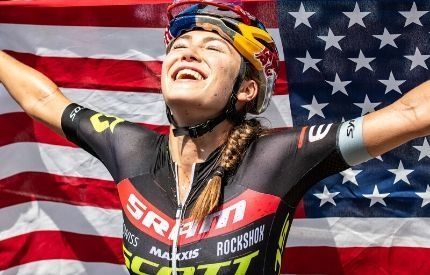 Winning the World Cup Series Overall in front of the home crowd in Snowshoe, West Virginia 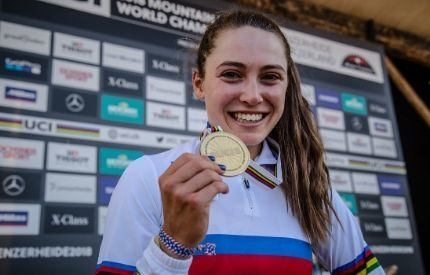 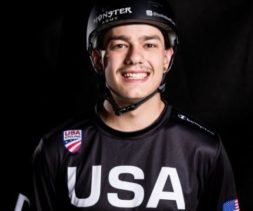 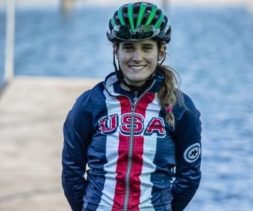