“Steve loved the purity of life, the true honest beautiful moments. Cycling filled this passion. Steve knew he was blessed to have the opportunity to ride and race the roads of the world. With the Steve Tilford Memorial Fund, we will continue to support Steve’s passion with a dedicated campaign to help make cycling drug-free." – Trudi Rebsamen, wife of Steve Tilford 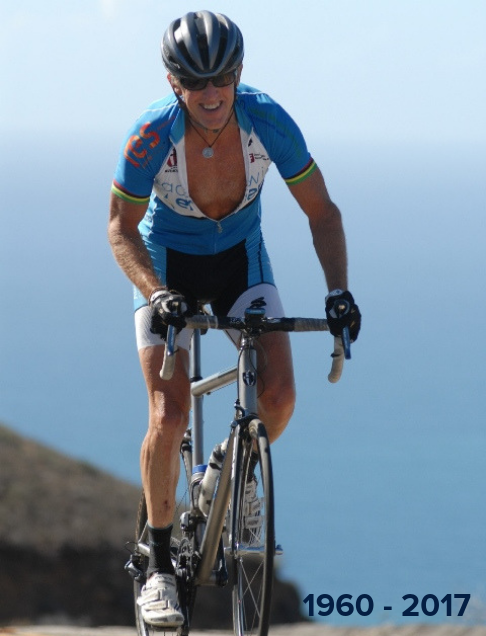 Steve Tilford was a legendary bike racer.  He began racing at age 14 and quickly excelled in the junior ranks.  He was invited by the U.S. National Team coaching staff to become a permanent resident at the Olympic Training Center in Colorado Springs, CO and went on to represent the United States on the National Road Team in top amateur races around the world.  He turned professional in 1986, and continued racing with distinction for the next several decades across a range of disciplines and age categories.

Steve became well known for being able to race any bike and having remarkable longevity.  His elite success may have begun in road racing, but he proved himself off-road as early as 1983 when he won the inaugural NORBA Mountain Bike National Championship.  He would go on to win 5 U.S. National Championships and 7 Masters World Championships in mountain biking and cyclo-cross. Steve was still racing when he tragically lost his life in an auto accident returning from a training camp on April 5th, 2017.

An outspoken advocate for clean and fair competition, Steve was never afraid to voice his fervent opposition to doping.  He believed strongly that doping was wrong and eroded the integrity of the sport he loved so much.  He was a voice for the dangers of doping and the benefits of competing with integrity throughout his illustrious career.

At the request of Steve’s family, USA Cycling has created the Steve Tilford Memorial Fund to support USA Cycling’s anti-doping efforts.  Programs which encourage juniors to appreciate and respect the benefits and ideals of fair competition, and fully understand the risks and downsides to doping, will be a key area of focus.