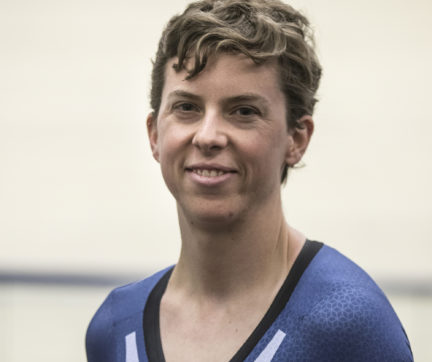 Kim began racing bicycles at the young age of nine when she was introduced to the sport of track cycling at the Lehigh Valley Velodrome (now  the Valley Preferred Cycling Center) in Trexlertown, PA.  Having loved riding her bike around the neighborhood on a daily basis, she quickly fell in love with the new challenge of riding around an insanely banked track on a special track bike with no brakes, only one gear, and the inability to stop pedalling with feet strapped tight to the pedals.

Soon after starting racing on the track, Kim also took up road racing and became a successful junior cyclist at both disciplines.  Through her junior years, she won more junior national championship titles than any other rider in history.  She also won a bronze medal during each of her two eligible years of competing at the junior world championships in her favorite event on the track, the individual pursuit.  She narrowly missed out on an additional medal on the road with a photo-finish fourth place in the road race competition.

During her last junior year, Kim was noticed and subsequently signed by a professional road cycling team.  As a young professional cyclist, she had the honor of riding in support of teammates who were world champions and Olympic champions.  While helping her teams to victories, she was able to garner accolades of her own including a "Best Young Rider" award at the prestigious international Liberty Classic in Philadelphia, PA and a highlight of a berth to the 2007 Pan American Games team.  The Pan American Games are an event held every four years, the year before the Olympic Games, and are the second-largest sporting event in the world next to the Olympics.

August 2007 brought a hault in Kim's swift advancement through the cycling ranks, though.  She was involved in a horrific accident with a tractor-trailer truck while on a routine training ride and was hospitalized with severe injuries and faced a lengthy recovery process.

After the accident, Kim was lucky to be able to ride her bike again, let alone compete at the level at which she had before the accident.  Through diligent training and support from family and friends, she was able to work herself back into the physical and mental shape that allowed her to be one of the best in the world prior to the accident.  In fact, she came back better than ever and won the elite national individual pursuit championship in October of 2008, something she had not yet accomplished prior to the accident.

Since this mark of a return to competitive cycling, Kim has advanced to representing her country at the elite level on the track in international competition.  She has traveled the world as part of the USA national team to represent her country in several World Championship and World Cup competitions as well as taking part in other prestigious cycling events, setting national records, and winning more national championship titles.  And there's no end in sight. 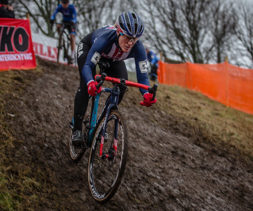 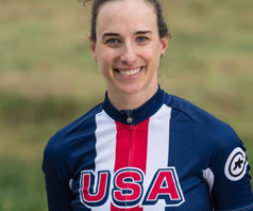