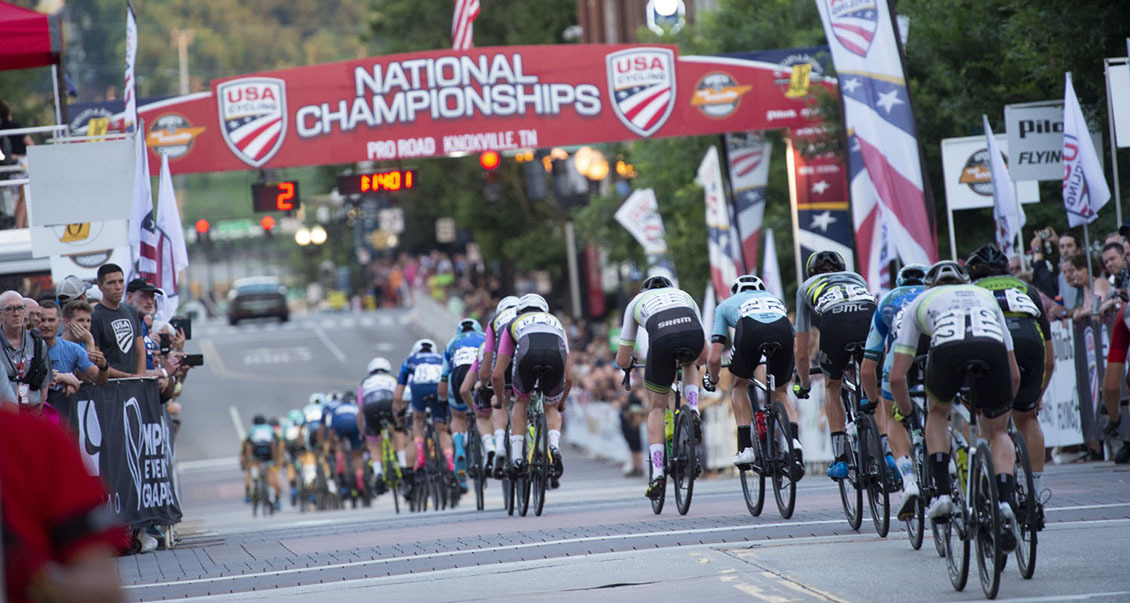 White, who finished fourth in the Pro race in 2018, made her move early in the final lap to

“I'm thrilled, I'm really, really happy,” said White. “On the last three corners, I took first. The name of the game on this course is definitely to come into the last corner first, because it's a downhill finish with less than 200 meters to go. At that point, it's just going real hard.”

White enjoyed the fast racing on the technical 1.7-km course. “This is the second year we've raced this course. I love it, I loved it as much as I loved it last year,” she said. “Right from the gun, it was fast, Hagens Berman | Supermint was putting people up the road left and right, so we knew that it was going to be a tough race and we had to play our cards right.”

At 21 years of age, White can also lay claim to the fact that she is the youngest woman to ever win the Pro Women’s Criterium national champion title. The last person to hold that claim was Coryn Rivera (Newport Beach, Calif.; Team Sunweb).

“We all love it, we love to race hard, we love to race our bikes, we love to take chances and see what will happens. Sometimes it pays off,” Williams said of her Hagens Berman | Supermint team’s non-stop attacking and aggressive racing. “I didn't win, but it's a great day for me personally. Field sprint is something I've really wanted to improve on, so a pretty good result is pretty exciting.”

White also claimed the Under-23 criterium title for the second year in a row. Second place in the U23 category went to Chloe Dygert-Owen (Port Orchard, Wash.; Sho - Air TWENTY20), who finished sixth overall in the criterium. Third for the Under-23 Women was Skylar Schneider (West Allis, Wisc.; Boels-Dolman Cycling Team).

Positioning for the final corners was also key in the 80-minute Elite Men’s race on the six-turn circuit. The 2017 National Criterium Champion McCabe, had similar tactics to White, and also made sure to get to the front of the 76-racer field before the last hill and final three corners. Hot on his wheel were Eric Young (Boulder, Colo.; Elevate-KHS Pro Cycling) and Miguel Bryon Jr. (Miami, Fla.; Arapahoe | Hincapie p/b BMC), who took second and third place, respectively.

“It was really fast. I knew from last year that you had to come into the third to last corner in first place. And so I did. We sprinted from the bridge and beyond. I was able to get in there first and just sprinted for what felt like an eternity, probably half a mile and I held on the win. It was just picture perfect, it was just what I expected to do and we came out with the win,” McCabe said.

Attacks flew from the start of the 80-minute race, but no riders were able to get away for more than a few laps before the ultimate bunch sprint to the line.

“This really is a proud moment. All the highs and lows of racing kind of all come down to winning a national championship and being able to represent the USA. Being able to wear the jersey for another year is pretty fantastic,” McCabe said of his second national criterium championship title, the first one in Knoxville in 2017. “I've just been going around giving high fives to the crowd. Everyone came out and it was just roaring all throughout the night on the course. I'm loving it right now.”

U.S. Para-cycling Road National Championships take place on Saturday 8 a.m. to 3 p.m. with six road races. The start/finish will be staged at Ned McWherter Park and use James White Parkway for an out-and-back course. A special Olympic Day celebration will be held from  10:30 a.m. to 12 p.m in downtown Knoxville. An autograph session with Olympians, Paralympians and America’s Champions will take place from 10:30-11 a.m., followed by Kid’s Bike Races from 11 a.m.-12 p.m..

Sunday, June 30, brings the U.S. Pro Road Race Championship, held in downtown Knoxville for a third consecutive year. Returning this year will be the popular start/finish on South Gay Street and the Sherrod Road climb across the Tennessee River on the south side of downtown. The Elite Women will make nine laps for a total of 71 miles (114 kilometers) beginning at 9 a.m.. The Elite Men will race 15 laps for a total of 118 miles (191 kilometers) beginning at 1:15 p.m. Both races will be broadcast live by WATE-TV in the Knoxville viewing area, and will be shown as a live webcast on the USA Cycling YouTube channel and Facebook page as well as broadcast locally on WATE 6 On Your Side.

To relive the action from today go to: youtu.be/tdUr0tJPDWE

For start lists and call ups for all events, click here.

The U.S. Para-cycling events continued for a second day with national champions crowned in the exciting Para Relay event. Three-rider teams used the same course as the criterium riders on Saturday evening. Full results can be found here in the 2019. Competition for Para-cycling athletes conclude Saturday with the road races. Events begin at 8 a.m. from Ned McWherter Park on Riverside Drive. Award ceremonies will take place at approximately 3 p.m. Follow U.S. Paralympics Cycling on Facebook, Twitter and Instagram for updates throughout the event. 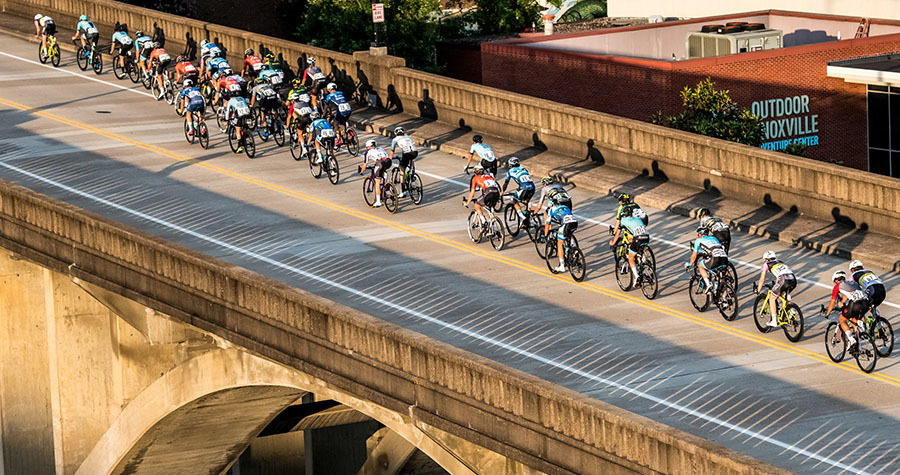