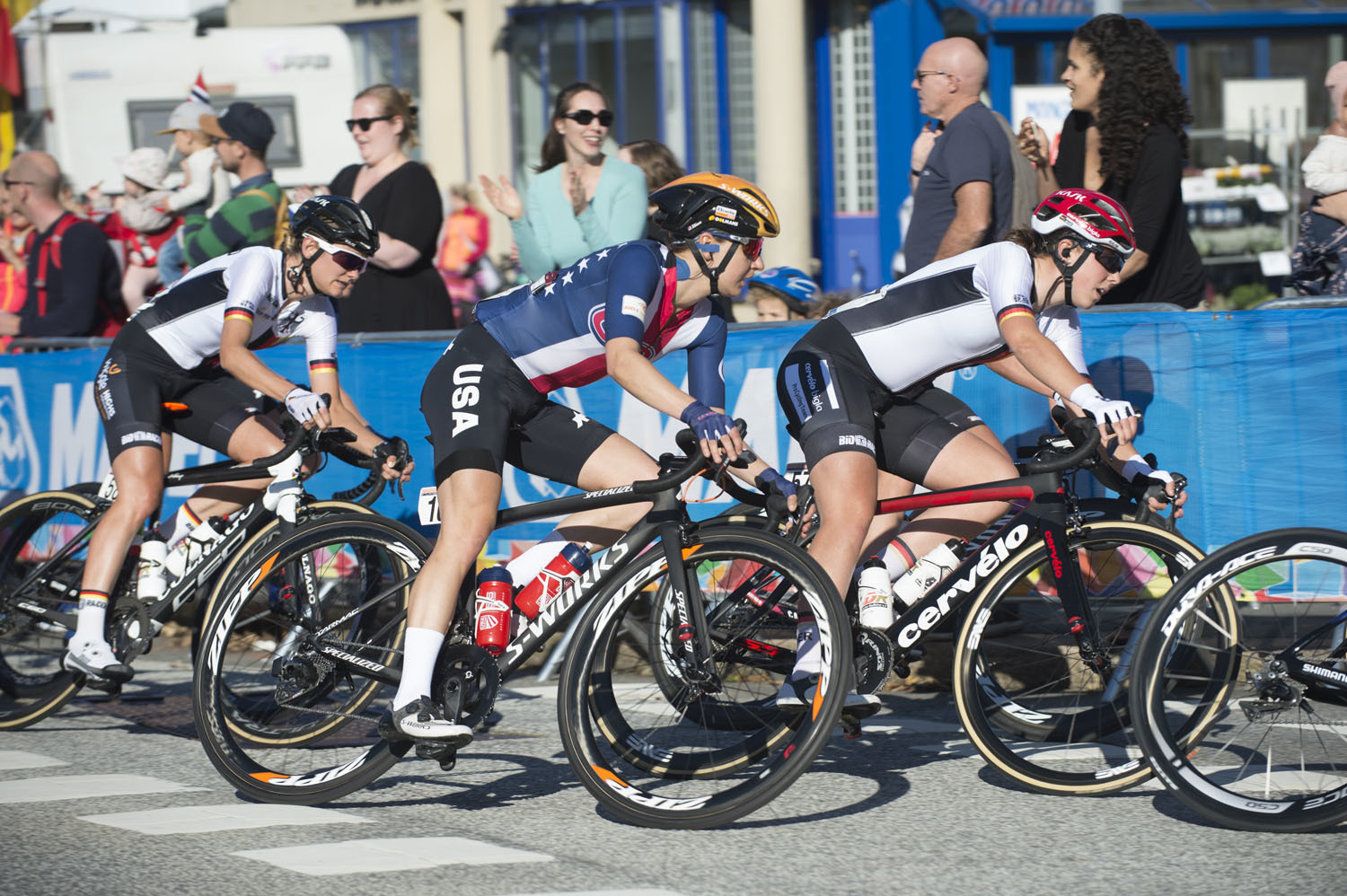 “We are really excited to field such a competitive team and have the red, white and blue proudly represented within the Amgen Tour of California,” said Scott Schnitzspahn, USA Cycling Vice President of Elite Athletics. “To have our team compete at this level in America’s highest profile race is truly an honor.”

Over three stages, the team will travel nearly 188 miles in Northern California, including a flat, fast stage in and out of Elk Grove; the high-altitude Queen Stage in South Lake Tahoe; and a technical circuit around the State Capitol in Sacramento. The USA Cycling Team will race alongside an international field of riders representing 15 total women’s teams in the UCI Women’s WorldTour event.

"It doesn't get much better than representing Team USA on the largest women's cycling stage in America,” said Kristin Armstrong, USA Cycling Endurance Performance Director and a two-time winner of the Amgen Tour of California’s Individual Time Trial. "USA Cycling is excited to bring together a team of women from several different disciplines in support of one goal, to help Megan Guarnier bring home the yellow jersey on home turf just as she did in 2016. We are pleased USA Cycling can provide Megan the opportunity to compete in America’s most important race.

"We are also able to help support some of our top riders, like Katie Compton as she jump starts her training, plus bring new challenges in for riders who have recently been identified as new talent for our women's track endurance program. It is a win-win all the way around,” Armstrong continued. "I look forward to following along and being part of an amazing experience for all."

Guarnier claimed the overall victory in the 2016 edition of the race, taking home the yellow jersey in her home state. She also won Stage 1 last year in Lake Tahoe.

“I am excited to start for the USA Cycling Team at this year’s Amgen Tour of California,” said Guarnier, a three-time U.S. national champion. “It’s my home race and always an amazing event, and I’m proud to be able to support cycling in America.”

Compton, who has won the last 14 consecutive USA Cycling Cyclocross National Championships, now joins the Team USA squad on the road for the California race. One of the most accomplished all-around riders, she won silver in this year’s UCI Cyclo-cross World Championships after winning the national title, and she recently participated in the USA Cycling Talent ID Camp held in Colorado Springs, Colo., where she focused on track cycling.

“Being part of the USA Cycling Team for the Tour of California is a huge honor and one I’m looking forward to,” Compton said. “It’s the biggest road race I’ll do all year and I’m excited to race on a team of talented and strong women. I’m happy that USA Cycling has provided me an opportunity to take part in a race that I wouldn’t have the option to do otherwise. The racing is going to be really hard and a big challenge for me, but I cannot think of a better way to jump start my preparation for cross season.”

Sisters Skylar and Samantha Schneider both return to the Amgen Tour of California to race for the USA Cycling Team for a second consecutive year. Rounding out the roster are two cyclists who joined Compton at the Talent ID Camp in March – Birch and Wheeler. Birch also competed for Team USA in the Scratch race at the 2018 UCI Track Cycling World Championships.

Visit USACycling.org for more information on the team, and follow @USACycling on Facebook and Instagram as well as @USACyclingLIVE on Twitter for the latest on Team USA and for updates throughout the Amgen Tour of California Women's Race.