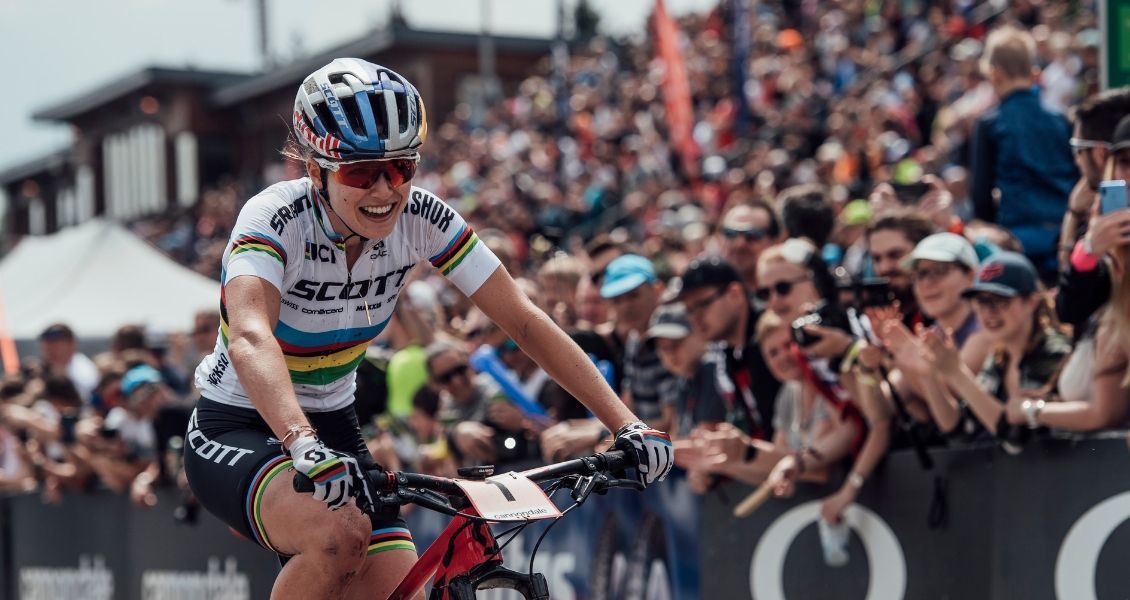 Colorado Springs, Colo.- It was a strong weekend for U.S. riders at the second World Cup of the season in Nove Mesto, Czech Republic with Chloe Woodruff, Haley Batten and Kate Courtney sweeping the gold medals for the Women’s races of the weekend. The streak started on Friday during the short-track race, where Chloe Woodruff (Prescott, Ariz.; Stans Pivot Pro Team p/b Maxxis) attacked with two laps to go dropping the field and winning the race by eight seconds. Fellow U.S. Rider, Kate Courtney placed fourth in a sprint finish while Keegan Swenson (Park City, Utah; Stans Pivot Pro Team p/b Maxxis) was the top male finisher in 13th place.

Sunday saw the Elite Races where current World Champion, Kate Courtney (San Francisco, Calif.; Scott-SRAM) backed up her World Cup wins in the short track and cross-country races the previous week in Germany with another first place after overcoming a flat tire in the first part of the race. Fellow U.S. Rider, Lea Davison (Jericho, Vt.; Sho-Air Twenty20) placed 12th with Woodruff rounding out the top 20 in 18th.

“It was a very special ride for me in Nove Mesto,” said Courtney, “After a tough start, a flat tire and some serious doubt- I was able to refocus and start working my way back up through the field. After one of the deepest digs of my life, a last lap pass put me in the lead and earned me my World Cup victory on the day. It took everything I had mentally and physically as well as huge support from my team to stay positive and keep fighting. A huge weekend for the USA ladies. It’s not often the American national anthem plays three times in one World Cup weekend. I am very proud of what we have accomplished and I know this motivation and momentum will only carry us forward.”

“It’s been a great start to the World Cup season for our U.S. Women and a great end to the first half of the Olympic qualification period,” said Mountain Bike Performance Director for USA Cycling, Marc Gullickson, “Kate and Haley came to Europe in great shape and they were rewarded with some incredible victories. Chloe’s win in the Short Track was amazing and the rest of the team also rose to the challenge. I am looking forward to see what our U.S. riders do in the rest of the World Cup Season.”