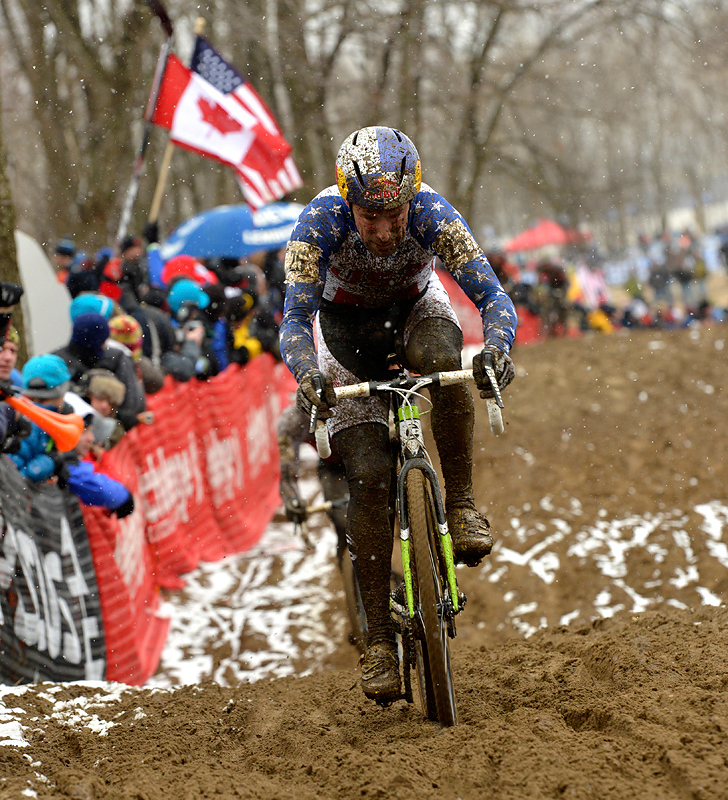 “We are honored and very fortunate that Tim will be joining the USA Cycling Foundation in a role entirely focused on increasing the resources available to our most promising and best American cyclists,” said Derek Bouchard-Hall, President & CEO of USA Cycling. “Tim’s passion for the sport, deep history of competing at the highest level, and significant experience engaging with a wide array of passionate cycling enthusiasts across disciplines and experience levels makes him uniquely suited to taking on this very challenging and vital role.”

The USA Cycling Foundation is the philanthropic fundraising arm of USA Cycling designed to provide the essential financial support USA Cycling needs to create and implement sustained young rider and elite athlete development programs. Most other competitive nations receive government funding for Olympic sport development, but the United States is the only major industrialized nation without this benefit. Achieving international success in Olympic cycling sport requires dedicated philanthropic support from corporations, foundations, and generous individuals. The Development Director role will lead the USA Cycling Foundation’s efforts to engage with new potential donors and share USA Cycling’s vision for growing the sport and increasing the United States’ success in international cycling.

"I have been lucky to spend most of my life on a bike, and sharing my experience and passion with others who also love the sport has become my mission,” said Johnson. “I look forward to connecting with those in the American cycling community who might be interested in supporting USA Cycling and the work we will be doing to help American cyclists reach the pinnacle of the sport. I started cycling as a child and never could have imagined how it would change my life for the better – I want to help young athletes embark on and succeed in a similar journey.”

Johnson is one of the most decorated American cyclocross racers of all time, in addition to being a very successful road racer. During his 18-year professional cycling career, he competed for Team USA in 13 UCI Cyclocross World Championships, earning a bronze in the U23 event in 1999, and twice he raced in the UCI Road World Championships (2002, 2003). He was a six-time U.S. National Cyclocross Champion and won Australia’s Herald Sun Tour on the road in 2003.

After retiring from professional racing in 2015, Johnson has remained very prominent on the cycling scene. He has served as an ambassador for multiple leading cycling brands, frequently led fundraising and awareness-raising rides, and served as a broadcast analyst for Tour of Utah, JingleCross World Cup, and USA Cycling’s National Cyclocross Championships. He is passionate about bike advocacy, having raised funds and awareness for PeopleforBikes and MassBike, where he serves on the Board. Johnson is also the founder of the Ride on Washington, designed to help raise money for and awareness of bicycle advocacy efforts nationwide, especially among the racing community.

“I’m thrilled to partner with Tim in working to develop American cycling,” said Steve McCauley, the USA Cycling Foundation’s long-time Director of Donor Services. “I was a fan of his when he raced for Team USA, and I’ve admired his work in the sport since he retired. Together we are going to provide outstanding and unique opportunities to those who wish to play a direct part in developing American cycling by financially supporting USA Cycling’s development programs.”

About the USA Cycling Development Foundation

The USA Cycling Foundation (USACF) is the non-profit fundraising arm of USA Cycling for U.S. national and Olympic team young athlete development. The USACF was incorporated in 2000 as a 501(c)(3) to raise money for year-round support of athlete training and development, competition and travel needs. The Foundation receives no federal funding or subsidies and operates solely through private donations from individuals, corporations and other foundations. The money raised by the Foundation supports athletes in all disciplines of competitive cycling. For more information, visit usacycling.org/foundation.