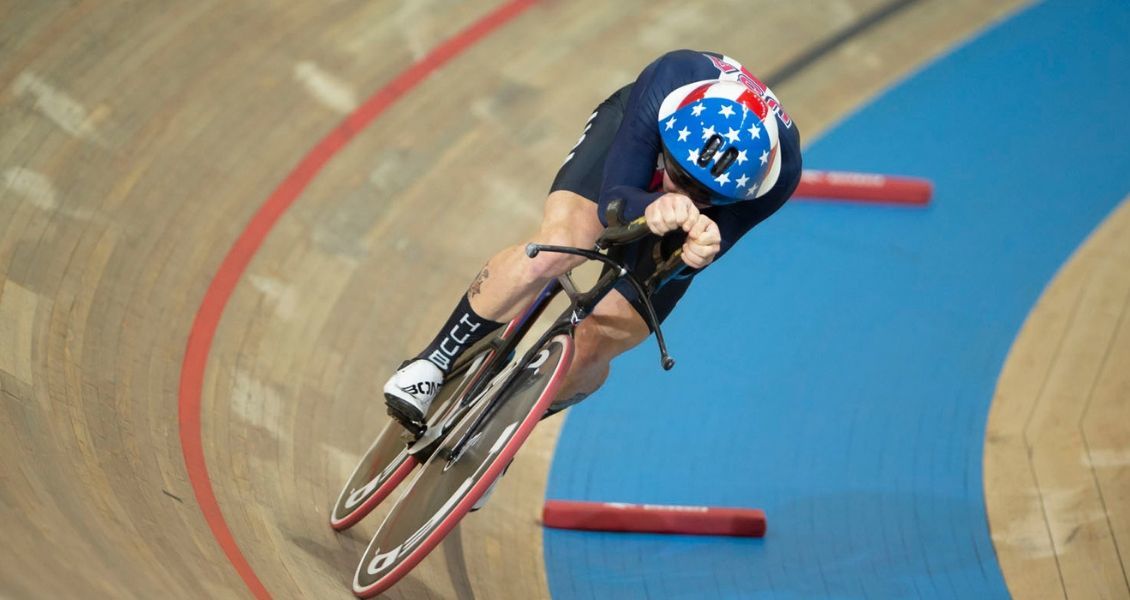 Hours after breaking his previous World Record, Ashton Lambie (Lincoln, Neb.) lowered his previous time of 4:06.407 by nearly a second to 4:05.423 in the finals at the 2019 Pan-American Track Cycling Championships in Cochabomba, Bolivia, shattering the Individual Pursuit World Record for a third time in just over a year’s span.

When asked about his performance, Lambie was not only excited for his individual performance, but also what it could mean for the team as they look towards the upcoming Olympics next year.

“I’m excited to continue pushing the limits and keep improving the team as we move towards Tokyo,” said Lambie.

“Ashton put together another exceptional series of performances over the past three days in the Team and Individual Pursuits,” said Clay Worthington, Men’s Endurance Coach for USA Cycling’s Track Program, “His work ethic is second to none and it shows. His training with his coach Ben Sharp has continued to refine his raw athleticism and his commitment to success lifts the entire program up when he is at team camps at the Olympic Training Center. It is fantastic to see everything come together for him like it has this week.”

Lambie first broke the record at last year’s Pan-American Championships in Aguascalientes, Mexico where he rode a time of 4:07.25, breaking the previous World Record of 4:10.534 set by Australian Jack Bobridge in 2011. He has enjoyed a quick rise to the top echelon of track cyclists since he first represented USA Cycling only two years ago at the 2017 Pan-American Championships. Lambie has continued to represent Team USA in several international competitions including World Cups and World Championships.

Visit USACycling.org for more information on athletes, events and membership programs. Follow @USACycling across all channels for the latest on Team USA.