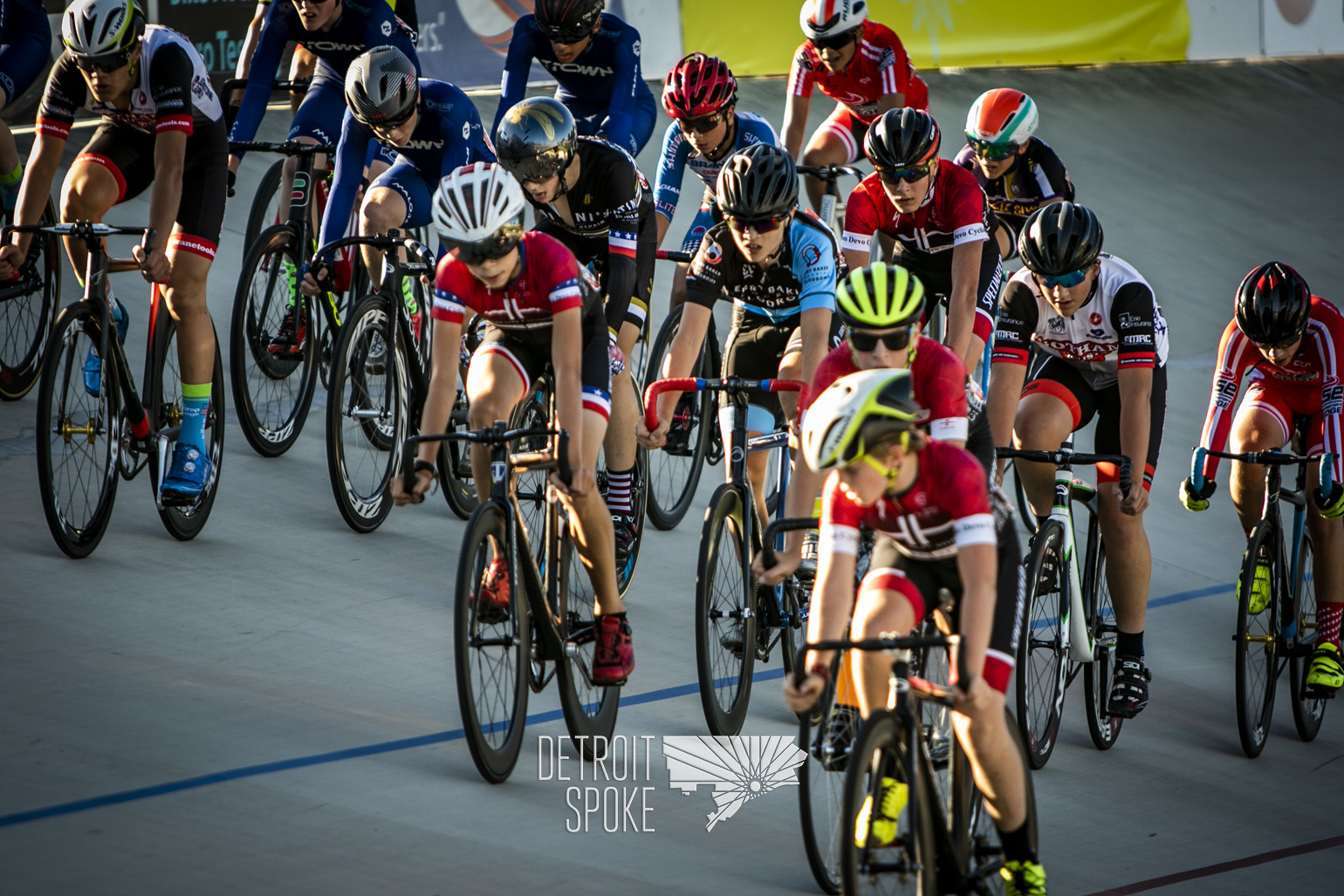 TREXLERTOWN, PENN. JULY 7, 2018 — It was an unseasonable cool day with strong winds as the 2018 USA Cycling Junior Track National Championships kicked off. The Valley Preferred Cycling Center is hosting the event, which is combined with Masters Track, for the first time in a decade. Today’s racing centered around massed-start races with the first two national title being awarded to the international omnium event for the 17-18 age group.

In the women’s international omnium, Melanie Quinones (Orlando, Fla.) swept the 4-event race, after taking the lead from the  first event, and finishing with 161 points. This event was especially important to Quinones, as she crashed early in last years edition of the championships and wasn’t able to compete. “It took me a long time to recover from that crash [last year], but I recovered, I trained really hard and I was able to earn what I trained for”, said Quinones. Elizabeth Stevenson (Rochester, Mich./Team O2) came in second with the 129 points, and rounding out the podium was Vanessa Romano (Allentown, Penn./Young Medalists) took the bronze with 115 points.

By contrast, the men’s international omnium was a battle royale up until the final sprint of the points race. “It was super stiff competition. We were all fighting until the very last point. It was crazy day today”, said Ryan Jastrab (Apple Valley, Calif./iCademy), who ultimately ended up on the top stop of the podium. Gregorino Cordasco (Basking Ridge, N.J./Team Beyer Auto) took home silver with 116 points, and Peter Moore (St. Paul, Minn./Donkey Label) captured third with 115 points.

In addition to the two finals that took place in the oldest junior category, there was plenty of action in the 11-12, 13-14, and 15-16 age groups as well with tempo races, scratch races, and points races. National champions are crowned in these three age groups based on omnium points awarded from each of their individual events. Overall omniums will be determined and champions crowned for the three youngest age groups on Sunday.

For the 13-14 men, due to field size, all events in their omnium went to qualifying heat first, and from those qualifying heats, the final 24 riders where chosen. In the 1 km scratch race Beckett Tooley (Frisco, Texas/Latini’s Bicycle Repair) was the winner, while in the points race Grant Carter (Macungie, Penn./TTown Elite) won. For the 13-14 women, California powerhouse Chloe Patrick (Carson, Calif./Team Velosport Junior & U23 Development - Rock n Road Cyclery) has swept all the event thus far.