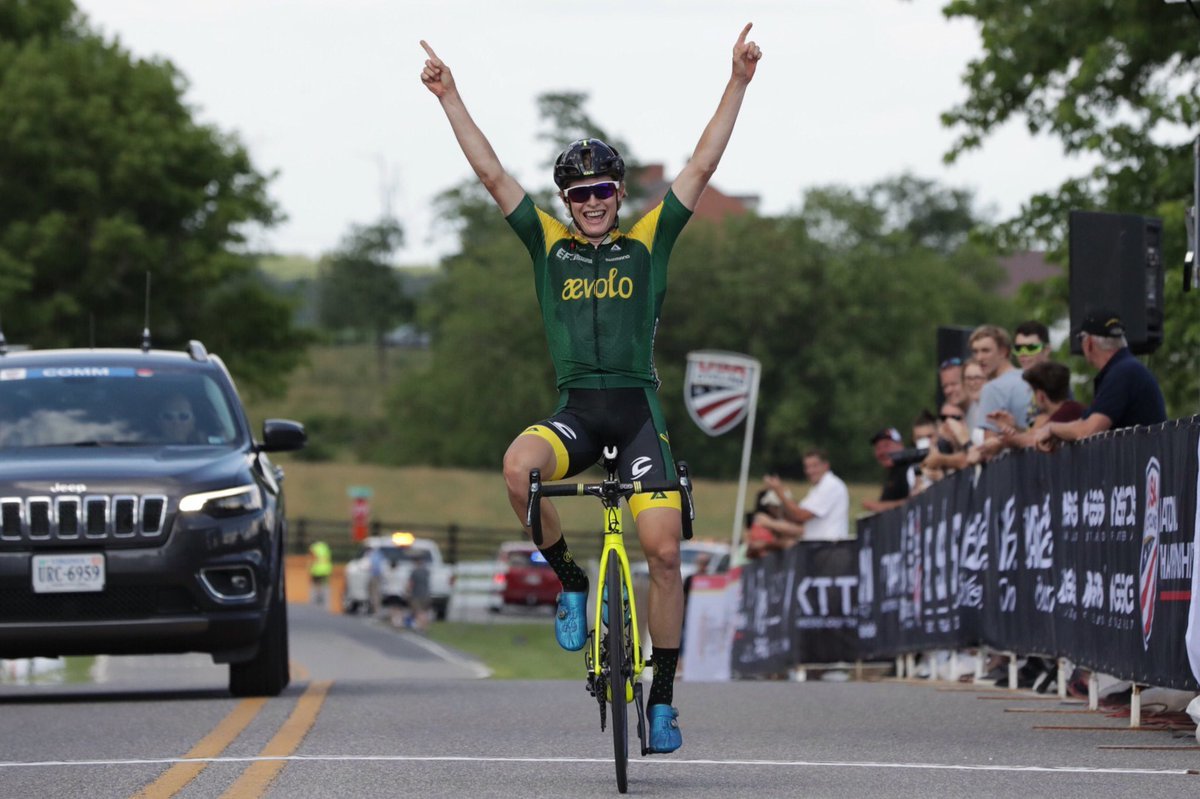 “We had Paul Martin in the early break which helped us just sit in and save our matches for later in the race. I attacked on the feed zone climb with 1.5 laps to go. My teammate Ryan Knapp bridged up with Matt McLoone at the top of the feedzone climb shortly after I had attacked. We worked well together for about a lap then we started attacking Mcloone and were eventually both able to get clear of him. Then with about half a lap to go Knapp and I looked back and saw our teammate Stephen Bassett bridging up so we he hoped on board and helped us pick up the pace.

Coming into the race we knew we had a good shot at the win but we were not expecting to sweep the podium. That was a pretty cool feeling rolling in with the boys.”

The next race of the day was the U23 Men’s race where Aevolo cycling stayed in steady control placing Riley Sheehan (Boulder, Colo.; Aevolo Cycling) and then Cade Bickmore (Longmont, Colo.; Aevolo Cycling) into breakaways throughout the second half of the race after reeling in a four man break. With one lap to go a group of five including Sheehan, Cooper Willsey (Hinesburg, Vt.; CCB Racing), Cole Davis (Folsom, Calif. Hagens-Berman Axeon), Cameron Beard (Bend, Ore.; Team Defferdange-Geba) and eventual winner Lance Haidet (San Luis Obsipo, Calif; Aevolo Cycling) moved up the road establishing a break. With 4 kilometers to go, Haidet attacked up a climb and pulled away from the rest of the break riding solo to a victory. Willsey bested Beard in a sprint to the line to claim silver and bronze respectively.

Of the three years since Aevolo Cycling was established, this marks the second time an Aevolo rider has taken the top step in the U23 Road Race as Alex Hoehn claimed the jersey in 2018.

“Being the U23 Cyclocross National Champion a few years ago was amazing so to do it again today on the road was awesome. I am so happy with how today turned out and how my teammates rode for me.

I knew on the climb with 4k to go was where I was going to make my move and I hit it as hard as I could. Heading into the last kilometer, I turned around and saw daylight and felt like I had the win.”

Tomorrow will see the second day of road racing in Clear Springs Md. starting with the Junior 17-18 Women’s Race at 7am. To follow along with what is happening at the 2019 Amateur Road National Championships, follow us on @USACyclingLIVE on Twitter, @USACycling across all other platforms and the hashtag #RoadNats.