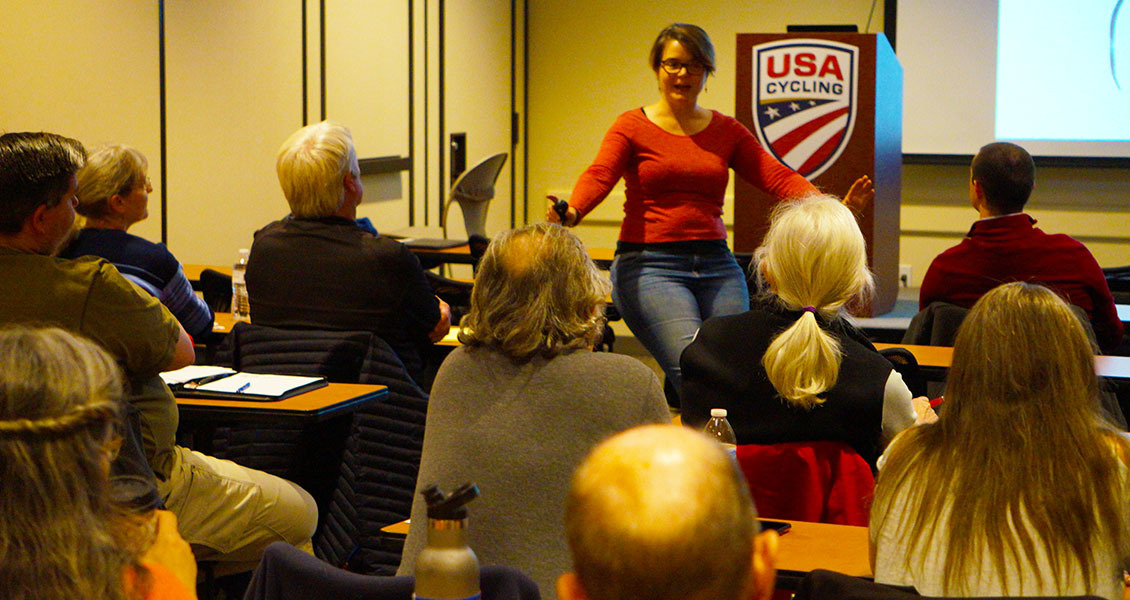 In the Road At-Large election, Joan Hanscom would come out on top of the field of 12, garnering 30% of all votes cast. Tim Molyneaux would place second in the election with 18% of the vote. In third was Kristen Fleschner with 14% of the vote.

Adam Myerson would defend his At-Large position on the Cyclocross Sport Committee, acquiring 58% of the votes cast in the election. Melissa Paquette and Stacey Richardson would come in second and third, respectively, with 17% and 12%.

The Track At-Large position candidates were Robert “Bob” Francis, Jeffrey Holt, and James Mellen. Francis would come out the victor with 51%. Holt would take 29%, and Mellen would claim 20% of the vote.

At-Large – Sam Mancini (Replaces Jame Carney, who did not run for re-election)

Commissaire – Ramon Gonzalez (replaces Bonnie Walker, who did not run for re-election)

At-Large – Bob Francis (replaces Sue Meinerz, who did not run for re-election)