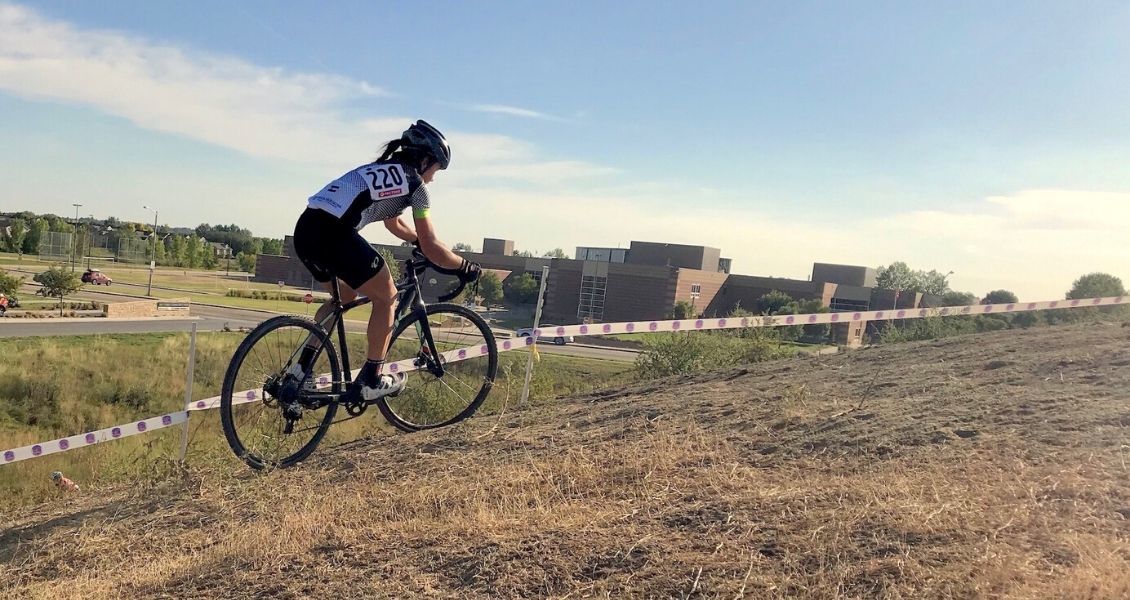 First Bike Race and Discovering the Joy of Cycling

“I love being able to go wherever I want and it is entirely up to me to get there.” - Ali Artzberger

Would you ride a bike for 14 miles just for some ice cream? No? Neither would Ali Artzberger...at least not intentionally. This accidental ride quickly turned into many intentional rides. Ali began searching for places to ride and, after a few more outings, determined she didn’t want to just “leisurely pedal.”

It was her final summer at home before she headed off to college, so she was training for the upcoming soccer season, but that didn’t satisfy her craving for adventure. Her rides took her around Carter Lake and through Masonville, allowing her to rack up 60 miles a week. Summer and Fall passed, then college track season came, and with it, the dreaded rest days. Ali had never liked rest days, so she convinced her coach that she was just going on casual rides on her days off.

Her “casual” was riding North Table Mountain four times a week. It wasn’t long before Ali incorporated road rides into her routine. Despite the time she was committing to riding, Ali didn’t quite realize how much she enjoyed it until her track season hit some bumps. After a frustrating meet, Ali found solace riding her bike on a snowy trail, getting covered in mud, and pushing her own limits.

She once had a friend ask her if she thought she would ever ride 200 miles in one week. In response, she scoffed. Even after recognizing riding as her new favorite outlet, Ali never thought she would go that far.

Then, she decided to ride a Century. From there, Ali found her competition virtually. She used Strava to test her limits and get a feel for how she stacked up to everyone else. Once the engineer in her got the data she needed to verify she had enough talent to race, she was off.

At her first race, she and her dad had planned on a spot for him to give her a fresh water bottle. Upon reaching that point in the course, she was having trouble finding her dad, until he scrambled out of the car shouting, “What are you doing here so soon?” So she didn’t have to turn around, he decided to drive the car up the road further. Again, he misjudged her speed and ended up having to sprint after her and hand off the bottle like a relay baton.

That one race was enough to get Ali addicted to the ride. Things began to move quickly as she continued to prove herself time and time again. She was provided a great opportunity to join a team, which made her reflect, stating, “I’ve been lucky enough to have been the beneficiary. I received my first road bike as a hand-me-down from family friends, and now I have the benefit of being on a team and having guidance through this process.”

Thanks to the help she has gotten along the way and her inner drive, Ali has racked up quite the record in a short time. During her road season, she completed seven races, placing first in four and second in three. Currently, her cyclocross season has consisted of 16 races, 12 of which were wins. Although winning is enjoyable, when asked her favorite part about riding, she said, “I love being able to go wherever I want and it is entirely up to me to get there.” It will be exciting to see where else cycling takes Ali in the next couple of years.