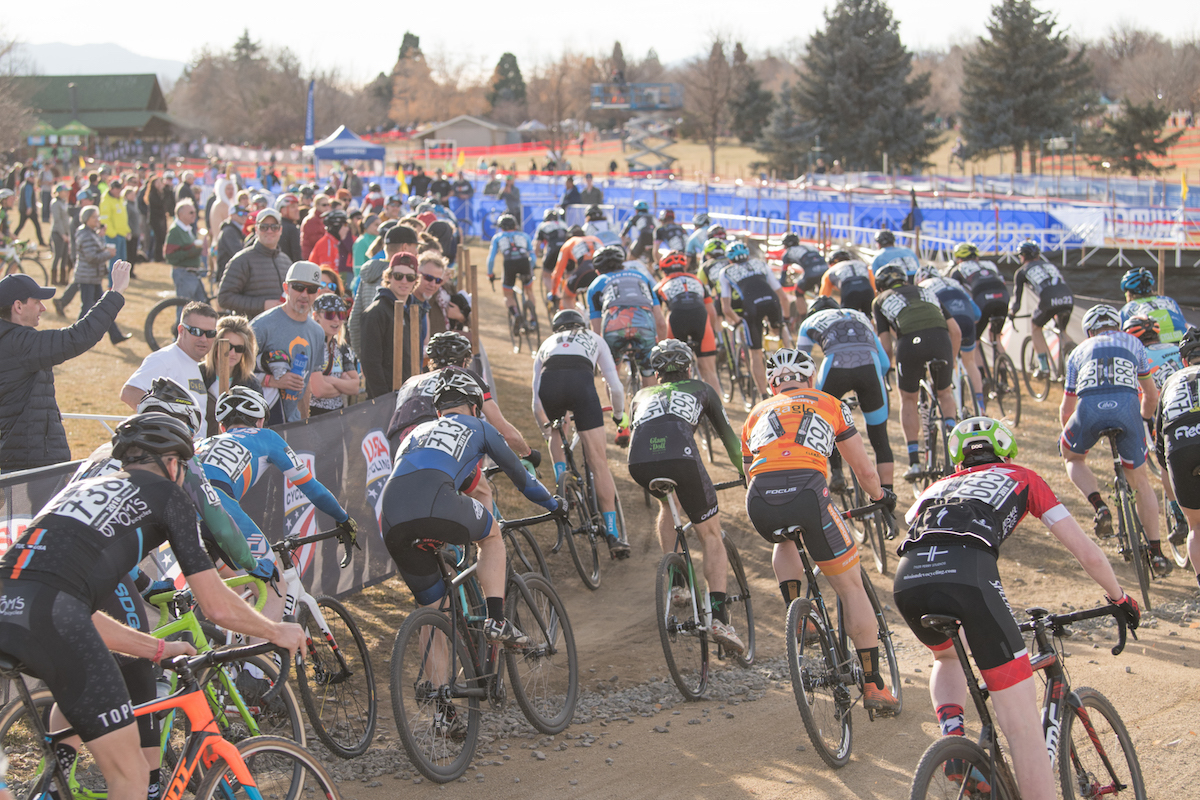 Colorado Springs, Colo. --  The nation’s top cyclocross racers head to Louisville, Ky. next week for the USA Cycling Cyclocross National Championships. A total of 45 competitions will be contested at Joe Creason Park, Dec. 11-16, with 38 races crowning national champions for the 2018 season.

Races will be held from dawn to dusk at Joe Creason Park on the cyclocross course that made its debut at the 2017 Derby City Cup and Pan-American Cyclocross Championships. Centrally located in metro Louisville, it is the first time Joe Creason Park has hosted cyclocross races.

Expected to attract nearly 2,000 competitors for the six-day event, competitions begin Tuesday, Dec. 11, with five non-championship races for men and women. For the balance of the week, winners of the coveted Stars-and-Stripes award jerseys will be determined in Junior, Senior, Collegiate, Under-23, Masters and Elite categories.

Sunday features the final showdown for the top cyclocross racers in the country, many who have competed in the USA Cycling Professional Cyclocross Calendar (ProCX). Among the athletes who will be on hand to defend their titles are reigning elite national champions Katie Compton (Colorado Springs, Colo./KFC Racing p/b Trek Knight) and Stephen Hyde (Easthampton, Mass./Cannondale p/b Cyclocrossworld.com). Compton will go after her 15th consecutive title in the elite women’s field. Hyde will set his sights on a third championship.

The top ProCX points leaders for elite men will be gunning for a championship. Kerry Werner (Birdsboro, Penn./Kona Maxxis Shimano), who has held the No. 1 ranking since the opening race weekend at Deschutes GO Cross in Virginia, Sept. 1-2, is looking to improve on the bronze-medal finish at the most recent Cyclocross National Championships, held in January 2018 in Reno, Nev. Curtis White (Delanson, N.Y./Cannondale p/b Cyclocrossworld.com), who moved into second place overall in the ProCX standings, has 11 podiums this season and captured the series title for the 2018 Vittoria Northeast Cyclocross Series presented by Clif Bar and Cycle-Smart.

The final race weekend of ProCX wraps up Dec. 8-9 at two events, Ruts N’ Guts Presented by Team Air Assurance/TulsaConnect in Broken Arrow, Okla.  and the Hunter Subaru North Carolina Grand Prix (NCGP) in Hendersonville, N.C. Juniors will be able to race for free at both events.

In its ninth year, Ruts N’ Guts returns to Chisolm Trail South Park. On Saturday, Ruts N’ Guts provides the final installment of seven Category 1 races for the calenar. A Category 2 race will take on Sunday, as well as a fully-supported Chicken-Waffle-Bourbon Ride for recreational cyclists. The NCGP returns for its 14th season and two full days of C2 races at Jackson Park. In addition to support from Hunter Subaru, Henderson County Parks & Recreation Department will partner with North Carolina Cyclo-Cross to host the family-friendly event.

The challenging course at Joe Creason Park includes elevation changes, one flyover, one set of barriers, limestone stairs, a sand pit and off-camber ground. Many of these features will force riders to dismount their bicycles and run. Check out the map here. The Louisville Tennis Center is located on the southern corner of Joe Creason Park and will serve as race headquarters, as well as onsite registration and packet pick-up for the week of the event. This facility is equipped with showers, lockers, and changing rooms.

Live streaming will be available on USA Cycling’s YouTube channel on Sunday, Dec. 16.  You can catch the Junior Men’s, youth Women’s (ages 17-22), U23 men’s, Elite Women’s, and Elite Men’s races LIVE beginning at 9 a.m. ET. Announcers for the broadcast are Brad Sohner and Meredith Miller.

More information about the USA Cycling Cyclocross National Championships 18.2 (including start lists, schedule, results, photos, and event recaps) will be available on the event webpage. You can also follow on all USA Cycling social channels using hashtag #CXNats.

Wristband admission is $20 per person including tax, which is good for the entire event week. Food and beverage are priced separately. Free vehicle parking will be available at the Louisville Zoo. Beer will be sold by Against the Grain Brewery; food will be provided by Black Rock Grille, POLLO, Moe-Licious BBQ and Blackbeard Expresso food trucks. 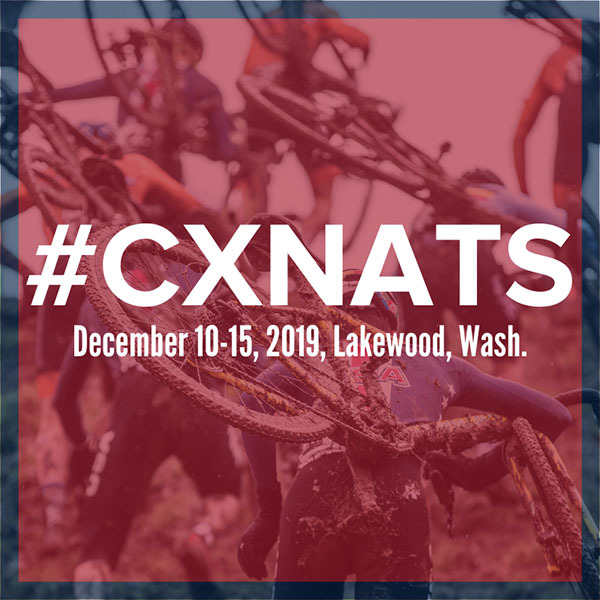