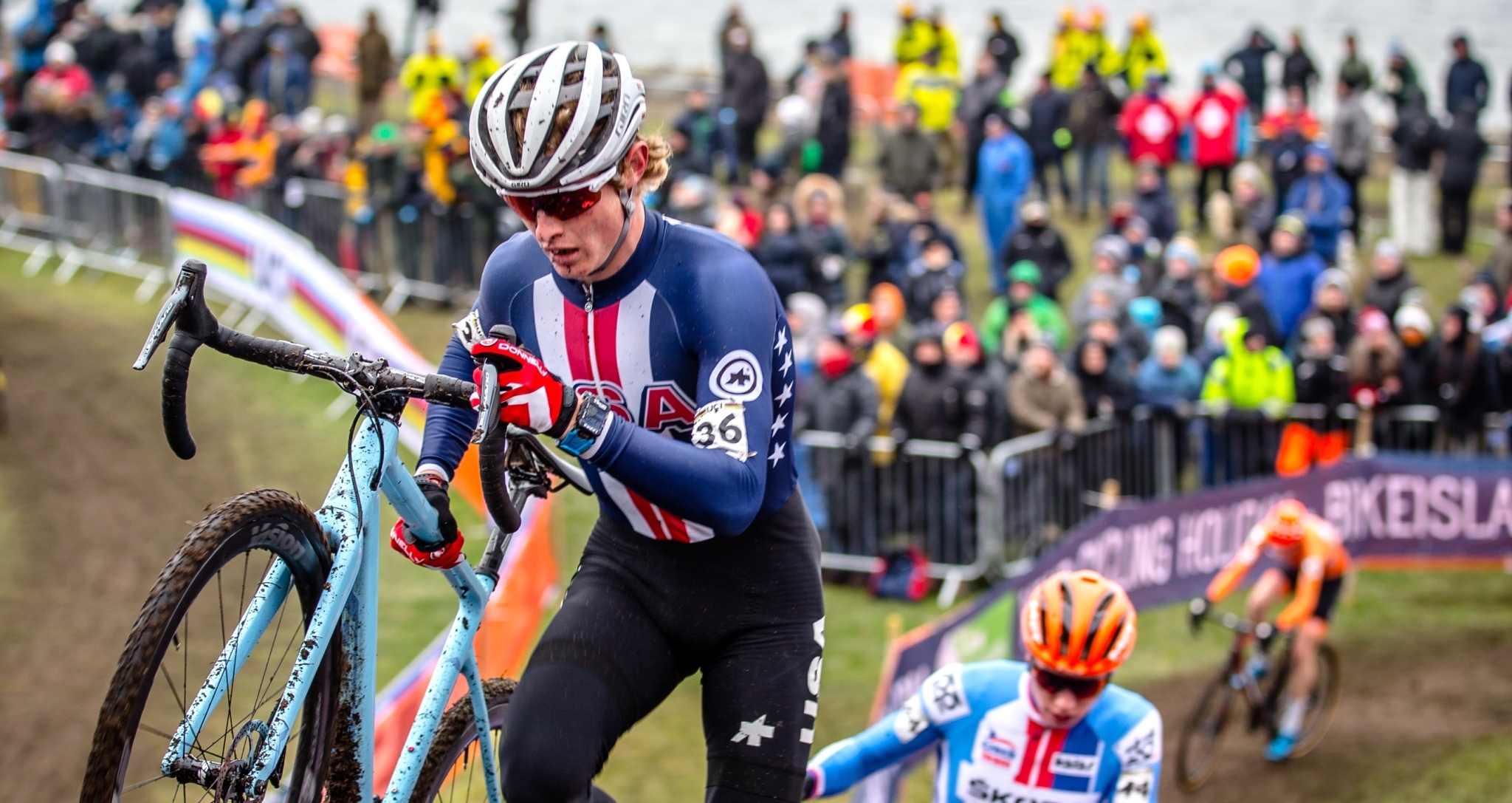 We loved getting to know the real @Lancy_Pants. Not only is he an extremely successful bike racer, but loves to have fun while doing it.

Lance Haidet, 21, grew up racing in Bend, Oregon. He is the current U23 Road National Champion and is a former U23 Cyclocross National Champion. Staying busy winning races in road and ‘cross, he is even getting an engineering degree at Cal Poly University. Continuously near the top of U23 podiums, he’s making the transition into his first year in the Elites. We talked to Haidet about how his year has been and what we should expect to see from him in the future.

How did you get into racing?

My love for bikes goes back as far as a I can remember. As a little grom, I was constantly ripping around doing sweet skids and trying to air it off anything that even slightly resembled a jump. Honestly, now that I think about it, not a whole lot has changed... It wasn’t until my family moved to Bend, Oregon in 2007, that I really started riding and racing. While living up there, my dad managed a bike shop, and started to become really involved in the cycling/racing community. He used to drag me around to all of the local races, and being that the cycling community up there is so awesome and supportive, I sort of just fell in love with the scene. When I got my first real mountain bike, I began jumping into a few races here and there, and did surprisingly well. This early success motivated me to actually start training and riding with my dad, and the rest is history. My dad is actually still my #1 training partner.

What made you decided to go to Cal Poly and study engineering?

As a kid growing up in San Luis Obispo (SLO), going to Cal Poly became a goal of mine pretty early on. Even when I moved to Oregon, the plan was always to go to Cal Poly. For some reason in middle school, I had this in my mind that I wanted to be an anesthesiologist. Probably because at the time I was totally snowboarder and would purposely pronounce it aneSTEEZiologist. Yeah, I was pretty cool… However, in high school I realized that having to do another 10 plus years of school was not going to be awesome. While racing for the Bear Development Team as a junior, my older teammate, Bryan Duke, was studying mechanical engineering at Cal Poly. Bryan is definitely someone that I really look up to and he has played a huge role in guiding me down my current path. Living and training in SLO is pretty much as good as it gets, along with the fact that Cal Poly offers one of the best engineering programs in the country, it was a no brainer.

You already have one National Championship under your belt in CX, but how did it feel to win Road this year?

Winning the National Championship Road Race was a pretty amazing experience! If I’ve learned one thing so far in my career, it’s that winning a bike race is really hard. Even when you are the strongest dude in the race, which is rarely the case for me, there are so many little things that have to come together in order to win. The Nationals road race was just one of those days that it all seemed to click. I knew I had the team. I knew I had the fitness. I knew what I needed to do in order to win; and I just made it happen. It was a pretty awesome day.

How are you managing going from a full road season straight into cyclocross?

Managing a full road and cross season can definitely be challenging, especially when you throw school into the mix as well. I’m super fortunate to have had both Aevolo and Donnelly support and respect my goals on the road, in cross, and my education. Personally, I really enjoy racing multiple disciplines. The transition between cross and road, in particular, is a super good change of pace. Not having a standard “off-season" can be hard at times, but the differences in cross and road training and schedules keeps things interesting and the stoke level high.

How has the first year in the Elites been treating you?

It’s been really good. Honestly as a U23 cross racer in the US, 95 percent of your races are with the elites anyways. So in terms of the actual racing, not a whole lot has changed as a first year elite. However, I feel like I have definitely stepped things up this year both mentally and physically. One of my goals for this season has been to get to the front of every race and do everything I can to influence the outcome of the race. Sometimes that means that I drill it for three laps and then completely blow up, and then other times it means I’m there battling for the win on the final lap. No matter how I’m feeling, I go into every race with this mindset.

What is the team dynamic like on Donnelly Cycling with your new teammate and friend, Gage Hecht?

Being teammates with Gage on Donnelly has been super cool. We are really good friends, both work extremely hard, and want to be the absolute best that we can. I think this makes for a great team dynamic, with just the right balance between being extremely serious and focused, and being super fun and often pretty ridiculous.

What are your expectations for this year at Nationals?

I feel that the elite men’s race is pretty wide open this year. There are plenty of fast guys who could win the race including myself and my teammate Gage. I’m going into nationals with the same expectations I have every year. I’m showing up to win and I feel confident that I can. I’m sure there are 10 other guys who are saying the exact same thing, so we’ll just have to see how it goes. It’s going to be a battle for sure!

What does your schedule look like for the rest of the season?

Leading up to Nationals, I will be racing Ruts N’ Guts in Broken Arrow, OK and possibly a couple local California races. After Nationals, I plan on heading over to Europe for the Christmas block of racing. School starts back up in early January, so I'll then be back in the U.S. hopefully preparing for the World Championships.

Visit USACycling.org for more information on the athletes, events, and membership programs, and follow @USACycling across all channels for the latest on Team USA.