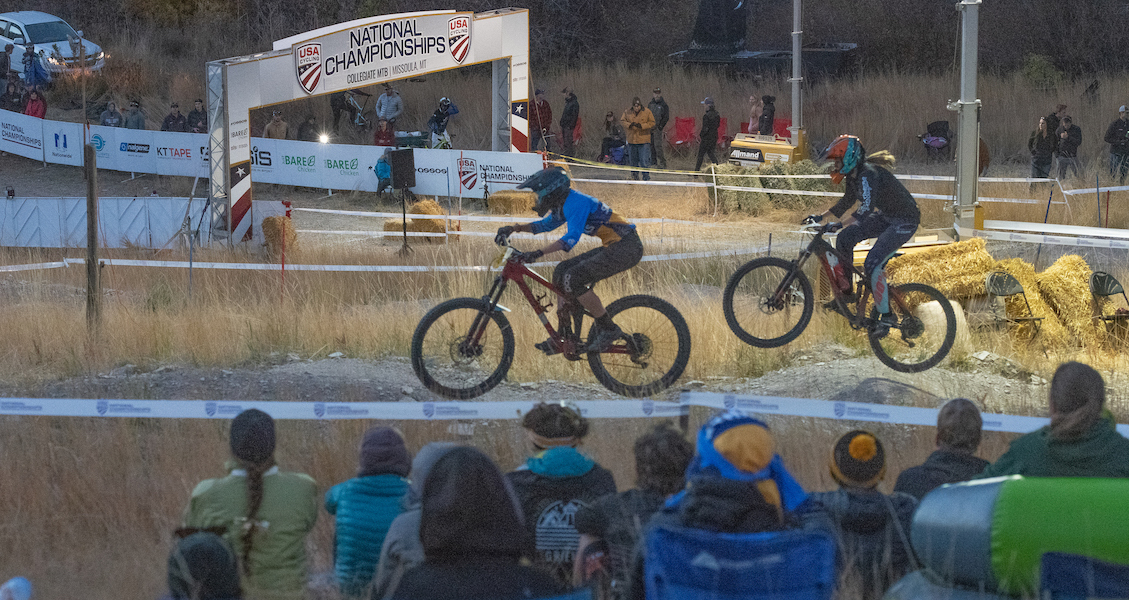 MISSOULA, MONT. —  Day 2 of the 2018 USA Cycling Collegiate Mountain Bike National Championships saw the beginnings of the downhill competition, the always exciting short track cross-country, and the conclusion of the dual slalom race.

A trio of riders from Colorado Mesa University would take the top steps of the podium. Cameron Joyce (Temecula, Calif.) would eventually take the title, with teammates Collin Hudson (Longmont, Colo.) and Quintin Kurtz (Evergreen, Colo.) would take second and third. Angelo Loskota (Lancaster, Calif./Lindsey Wilson College) and Alec Bob (Plano, Texas/Marian University) would round out the podium.

On the women’s side of things, Fort Lewis clocked the fastest two times for the Varsity division, with their riders McCauley Smith (Boulder, Colo.) and Lacey Andersen (Durango, Colo.). Laughton of Lees-McRae was the next fastest rider. For the Club Women, dual slalom winner Mazie was the fastest rider of the day. Alicia Leggett (Kentfield, Calif./University of Montana) and Westermann were second and third fastest in the division. 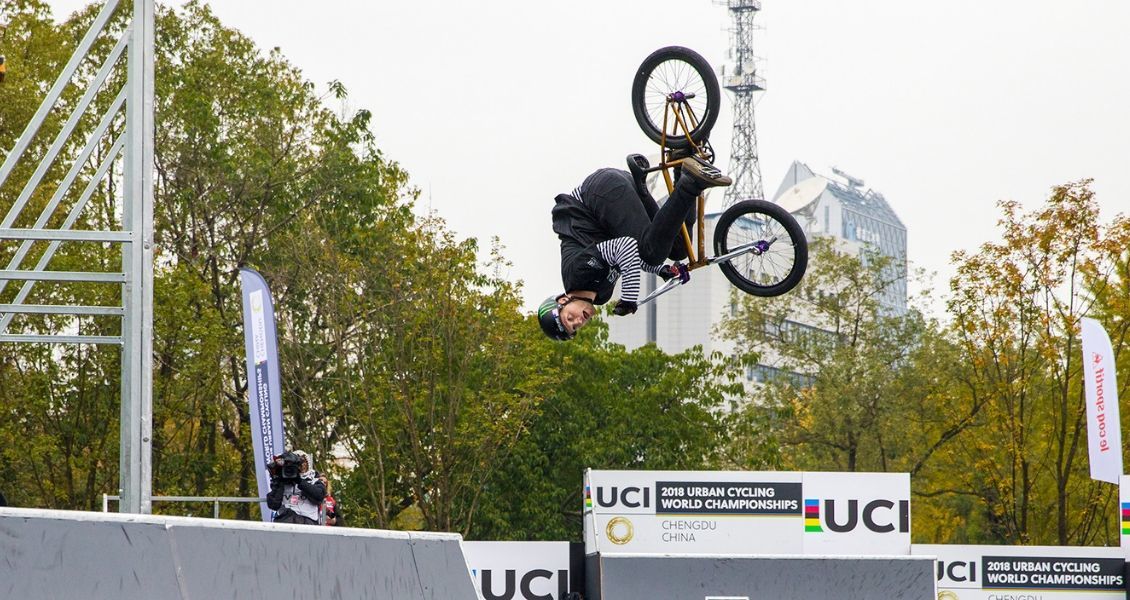