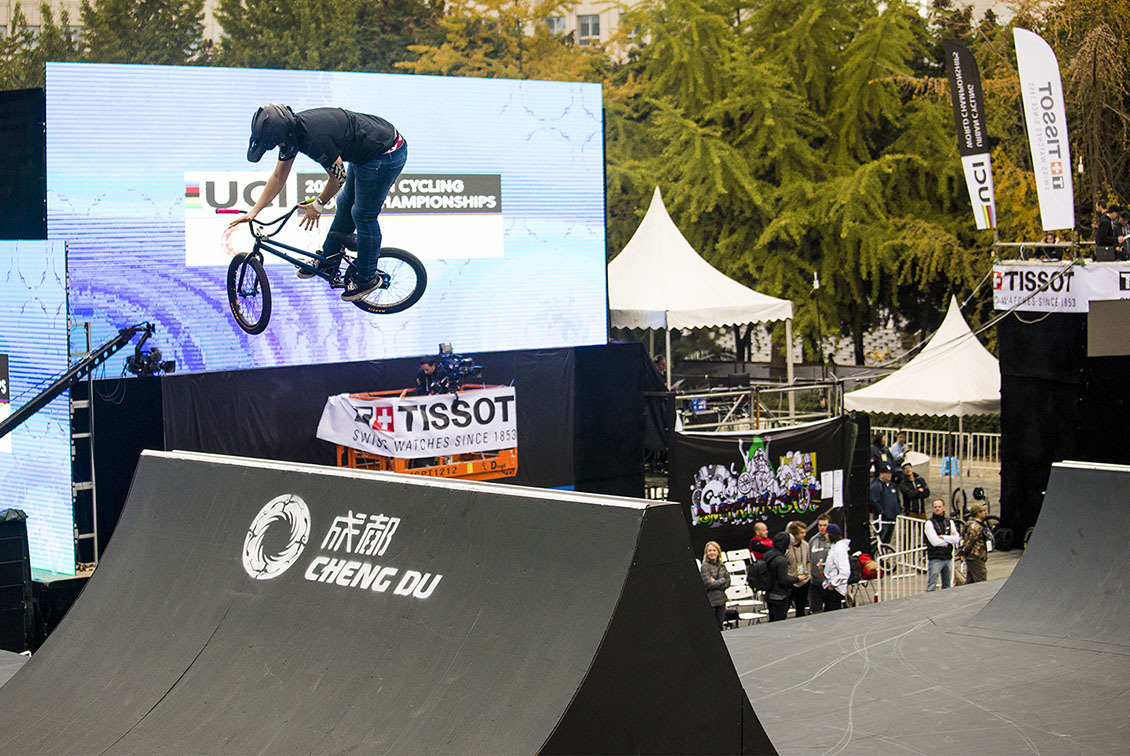 She opened the year with a win in the first round of the 2017 UCI BMX Freestyle World Cup circuit in Montpellier, France, and ended as the first UCI BMX Freestyle Park World Champion. For 16-year-old Hannah Roberts (Buchanan, Mich.), 2017 was an impressive year and a great way to start her campaign for the 2020 Olympic Games in Tokyo.

“I was a bit nervous and stressed about these first championships. I’m happy it went well. This world championship title means a lot to me,” said Roberts after she captured the rainbow jersey. BMX Freestyle was part of the inaugural UCI Urban Cycling World Championships in Chengdu, China.

Last year also proved significant for Roberts when the International Olympic Committee added BMX Freestyle Park to the Olympic program for Tokyo 2020, and she was named a member of the USA Cycling National Team.

A high school junior at Buchanan (Mich.) High School, Roberts juggles her studies with travel for competitions and training. She currently ranks among the top 10 in her class and is a member of the National Honor Society.

“With the help and support of my school administrators, I attend regular school when not traveling and keep up with assignments while away,” she says. “My plan is to walk at my graduation ceremony with my friends and sport my gold cords representing educational accomplishments.”

Roberts’ 2018 competitive schedule kicks off this weekend with the UCI BMX Freestyle Park and Flatland World Cup in Hiroshima, Japan. She approaches each event as the next step toward her Olympic dream.

“I am just a 16-year-old girl that gets to ride my bike, have fun, meet cool people, go cool places represent the USA, all while reaching for my dream of one day having an Olympic gold medal.  Tokyo 2020!” she said.

Before she left for Japan, Roberts shared her BMX journey and insight into how she approaches challenges.

How did you get into BMX Freestyle?

Hannah: I began riding BMX freestyle over 8 years ago when my cousin, Brett Banasiewicz, was in the prime of his BMX career. I got into riding while watching videos and attending his competitions. He was my biggest inspiration and has helped a lot with my progression throughout my career – he understands and knows how to pull off a trick.

With a Dew Cup win, he was off to his next event when a horrific accident left him with a traumatic brain injury. Prior to his accident he opened The Kitchen BMX skate park in South Bend, Ind. This 33,000-square-foot indoor facility serves as my training park.

Did you ever think: “This is something I could be really good at”?  If so when did that occur to you.?

Hannah: I rode just for fun until I was 12-years-old and then I learned bar spins. Once I learned that trick, I thought this could be a career. I started training and pushing myself – the progression was cool. Riding my bike was a blast, though now I had another purpose for riding.

Freestyle BMX literally defies gravity, what does it feel like when you are in the air?

Hannah: When I am in the air I don’t really feel anything. I am focused and geared in to the trick and landing it. If the only purpose is to go high you get a little scared, but you are only in the if for a few seconds before gravity does its thing.

Talk about your first competition.

Hannah: My first competition was in November of 2012 after recovering from a back injury. I competed in the beginner class of the Trans Jam series in Greenville, N.C. Since girls were not really yet competing and there was no girls class, I rode against the boys and took first place. All I remember was being really nervous because there were a lot of pros watching the contest that I looked up to. I was freaking out about the pressure, but it ended really well.

Describe a major setback you had and your mindset as you worked your way back from it. Hannah: The biggest setback was mid 2012 when I had a broken back. I was practicing at The Kitchen when I fell off of a 6-foot ramp and sustained a fracture to my T4 vertebrae. After a few days in the hospital, I was supposed to stay off my bike for a few months. After about a month or so, the back brace came off and I started coasting around. It was surprising to me that I wanted to get back on the bike. There was a lot of talking myself into it but I was going crazy not being on my bike. Once back on the bike I knew this was where I wanted to be.

How do you overcome the fear of trying a new trick?

Hannah: You have to convince yourself that you can do something before you try it. If you have any doubt, then a trick won’t work. It is hard for me to get myself to try a new trick, but once I talk myself into it then I practice it until I can take it to wood.

What do you do before a competition to get in the right mindset?

Hannah: Before a competition I think about my tricks that I want to pull in during the contest, then I sit and listen to music. I try not to talk to a lot of people to keep my concentration on point, but after the contest is done I have a blast hanging out and talking with my friends and fans. I really like it when little kids look up to me and say, “That’s really cool.”

BMX Freestyle Park will make its Olympic debut at the 2020 Games in Tokyo, becoming first Olympic BMX Freestyle discipline on the program. The event will also be on the 2018 Youth Olympic Games program this summer in Buenos Aires. 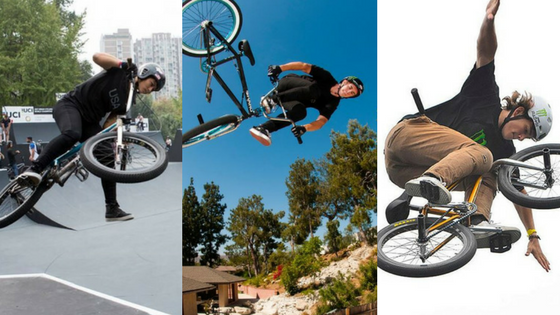