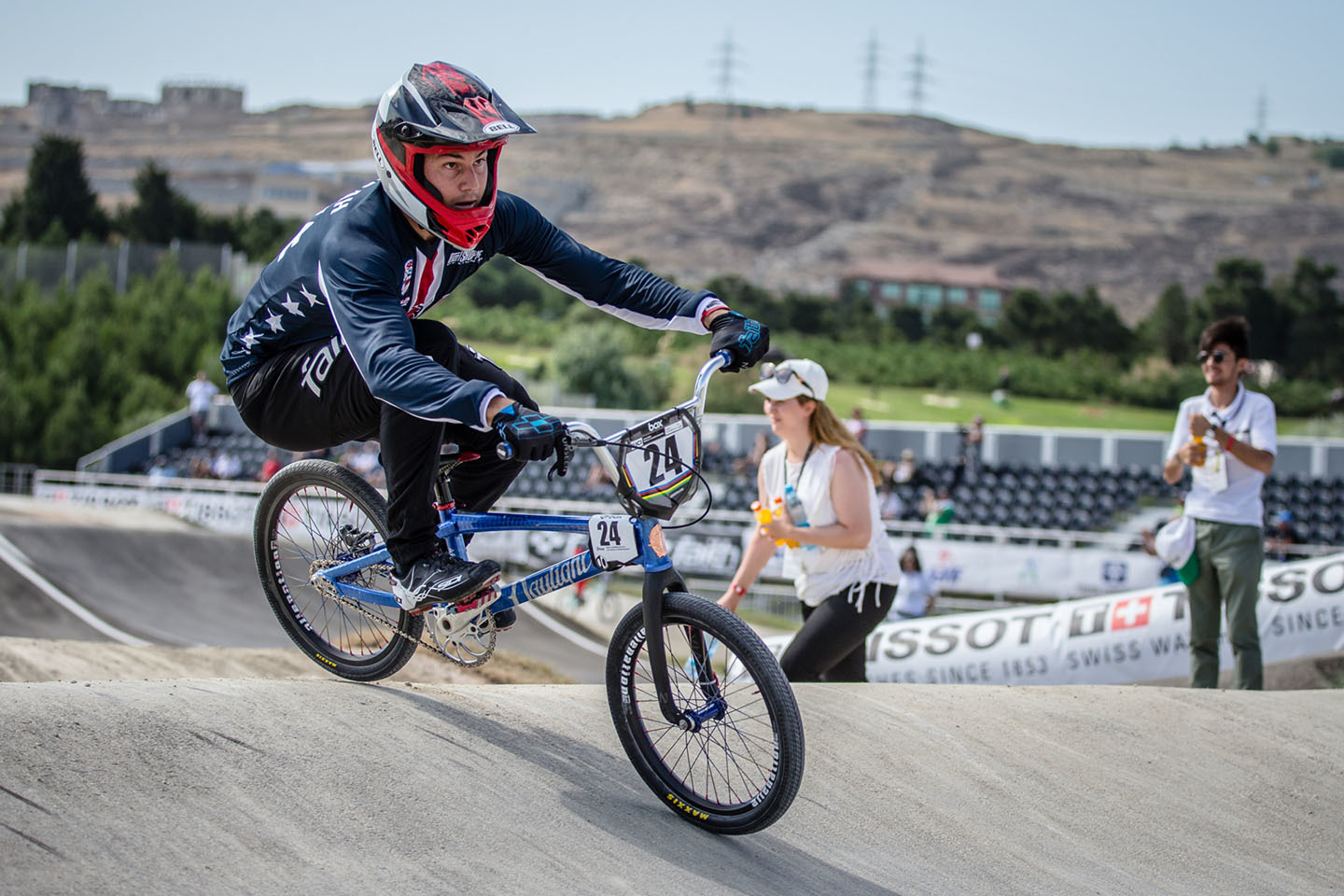 How do you ride relaxed with a world championship on the table? Corben Sharrah (Tucson, Ariz.) has been honing that skill since he started racing at age 5 when dirt jumps became a permanent fixture in his family’s yard.

Fast forward 14 years, and in 2011 at age 19 in his first year racing at the elite level, Sharrah’s first big win came at the first UCI BMX World Cup that season. One week later he captured his first USA Cycling National Championship.

A broken leg suffered during the 2011 UCI BMX World Championships disrupted his ability to keep the momentum going, and he didn’t make the Olympic team in 2012. But, he was back on track heading into the 2016 Olympic Games, winning the USA Cycling BMX Olympic Trials in 2016 earn a spot on the team. He finished ninth Rio, then closed out 2016 with three World Cup wins and claimed the overall UCI World Cup series title.

“Keep things simple, have fun and enjoy every day!” wrote Sharrah on Instagram during his successful 2016 campaign. He stuck to that philosophy heading into last year’s UCI World Championships, where on home soil in Rock Hill, S.C., he became the first U.S. rider in eight years to win the world title.

“I kept believing I could do it. It gets hectic at a race like the Worlds and I took it lap by lap,” Sharrah said after winning the rainbow jersey a year ago. It’s the same mindset he has used throughout his career to stay relaxed through every ride, and it’s the same approach he’s taking as he gets set to defend those stripes. USA Cycling talked with Sharrah about his mental game as prepared for the 2018 UCI BMX World Championships in Baku, Azerbaijan.

When did you start racing BMX and how did you get involved with the sport?

In 1997, my brother and I had started riding bikes together a couple years before racing and got introduced to racing by some neighborhood friends.

What is your favorite memory of racing?

Being a little kid trying to jump the biggest jumps on the track.

What do you think about as you are racing?

Nothing but the jumps in front of me.

You have had some pretty significant injuries – how do you overcome those fears when you get back on the bike?

I try not to think about any mistakes from the past and enjoy riding being healthy.

You and your wife are currently expecting – what about fatherhood are you most looking forward to?

I’m looking forward to sharing this wonderful life with a human that I love unconditionally, and to sharing great memories and experiences with them as I watch them grow.

It’s definitely hard for me to describe what my style is riding. I always try to be as smooth or as accurate as possible while riding but sometimes it doesn’t always work out that way. I am for sure trying my hardest, but the display on the bike doesn’t show it all the time.

You are the reigning world champion. How do you approach this year’s World Championships? How did last year’s race prepare you for this year?

I approach this year’s race as any other World Championships – as a chance to win a title! Nothing to prove nothing to defend, just go out and do my best every lap to give myself the opportunity to win the stripes again.

For more information on the complete U.S. lineup and how to follow the week's racing click HERE. 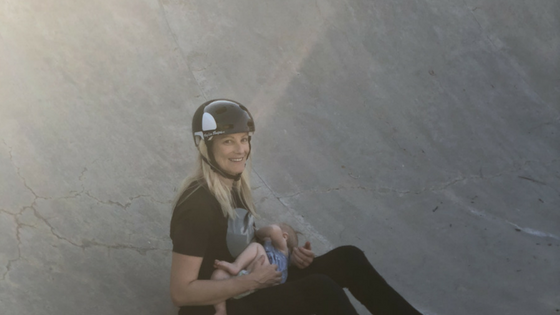