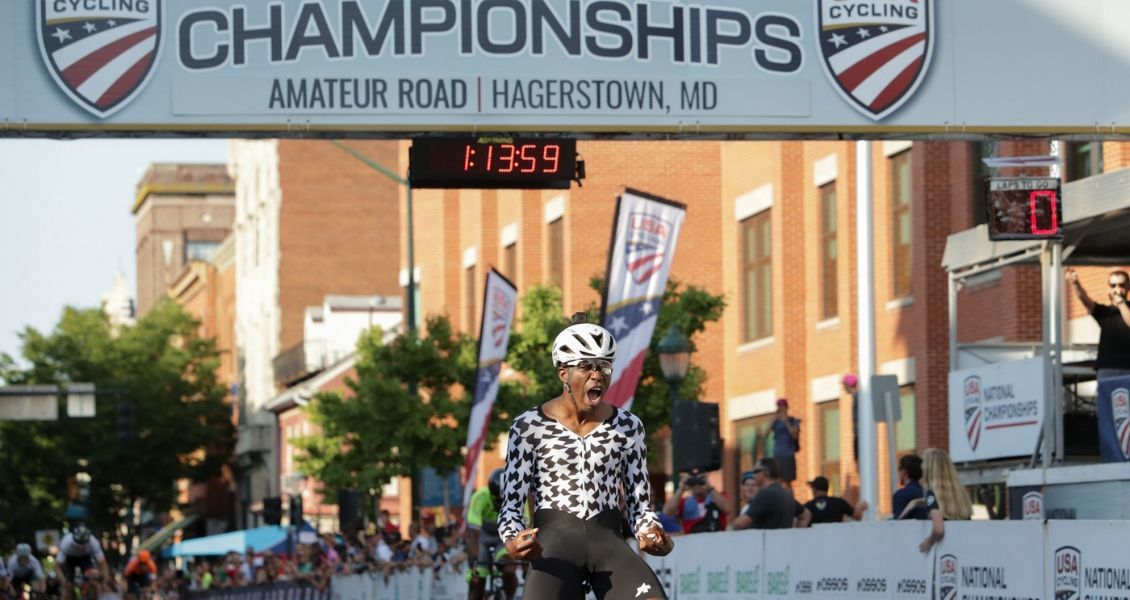 Another year of racing kicks off tomorrow in Hagerstown, Md. at the 2019 USA Cycling Amateur Road National Championships. The best junior, Men’s U23 and Amateur racers from across the country will compete for a chance to wear the Stars and Stripes jersey for the year.

Racing concludes on Sunday with a full day of criteriums. Jastrab and Clouse will again be ones to watch in the Junior Women’s field. In the U23 Men’s event, Michael Hernandez (Clermont, Fla.; Aevolo Cycling), who recently wore the green sprinters jersey in Tour of the Gila as well as the Most Courageous Rider jersey while racing with the National Team at the Amgen Tour of California will be one to watch. Hernandez’s teammates Riley Sheehan (Boulder, Colo.; Aevolo Cycling), who won the Junior title in 2018 and reigning champion Hecht. The stand-out favorite in the Amateur criterium is Williams, especially after his impressive back-to-back wins recently at Tulsa Tough.

For up-to-date coverage of the 2019 USA Cycling Amateur Road National Championships, follow @USACyclingLIVE on Twitter and @USACycling across all other channels.